on September 08, 2014
Email ThisBlogThis!Share to TwitterShare to FacebookShare to Pinterest

I love making these so much. My favorite so far is this:

The Manifestation of a Magical Poundcake 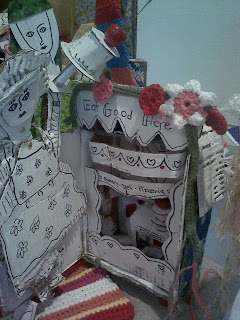 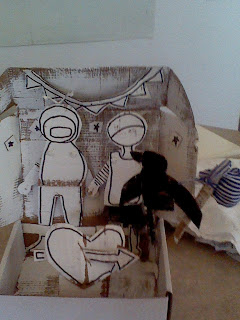 Once There Was A Summer
(A Love Story) 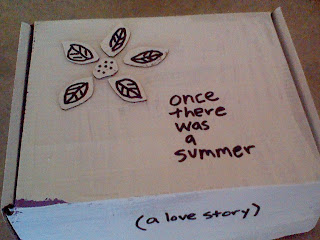 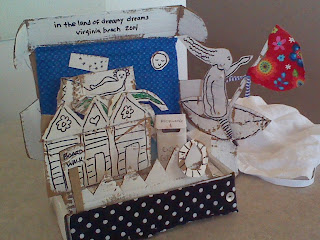 In The Land of Dreamy Dreams
Virginia Beach, 2014 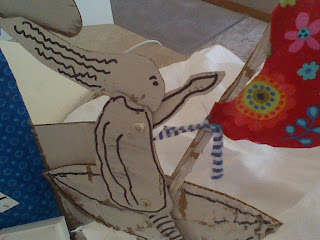 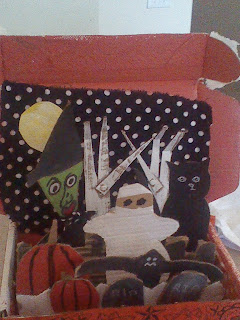 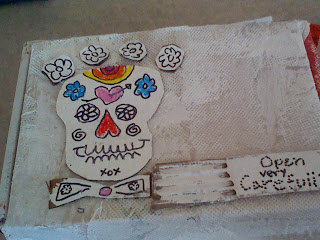 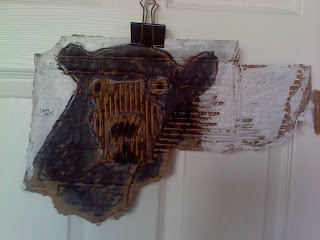 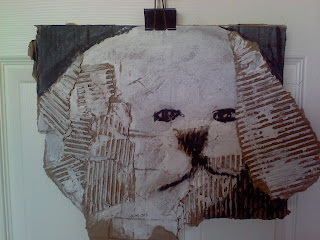 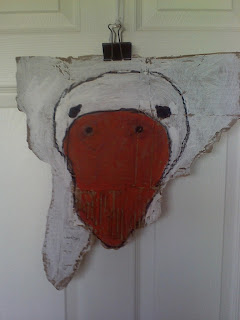 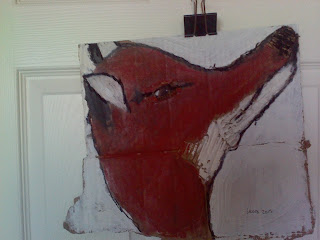 Inspired by the most wonderful cool shop Tinkertopia in Tacoma, I am currently completely obsessed with making puppets. The primitive wood faces came from there and right when I saw them I knew they should be puppets! I fit four of them into a paper bag and stuffed it with other goodies from their bins for only twenty bucks. From there I started working with paper mache and using up scraps from the repurposed men's button down shirts I made into sundresses (etsy shop here). 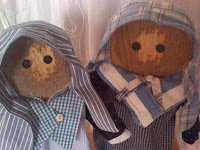 Then I moved to paper mache and started a series of puppets called The Healers. I'll be making their Spirit Animals next. See the Puppet page for more ---->> 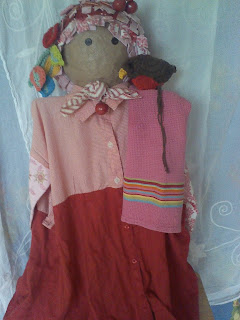 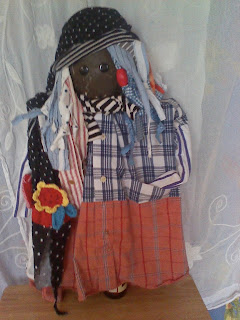 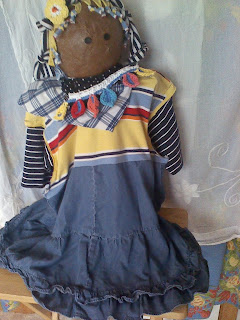 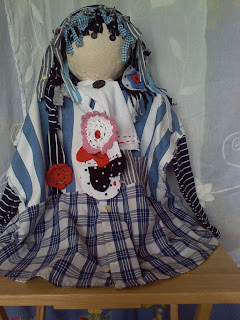 For the most part, this portfolio of my art shows at least an example of the various mediums I use. This represents probably a third of my work. There were years and years before digital cameras, home computers and scanners where nothing has been cataloged. My paintings are on old wood windows done in reverse with Rust-O-Leum-type oil paint. Once cured the paint will come off only with determined razor-blading. The wood frames themselves need protection from the elements or they will fade and chip.

The reason for posting extensively is mainly to show the durability of my artistic life, the determination behind forty years. Easy forty. Though I didn't draw, didn't even try after my initial "failures" until I was thirty, when I started the University of Oregon in the fall of '90. Once I discovered oil pastels I felt more comfortable and confident. The initial drawings were big round color fields, carefully (and I mean obsessively carefully) outlined in a different color. The shapes represented bodies, mainly female nudes. I did, though, also do a series called Mr Jones and Me out of inspiration from my ESL students, Jose and Raul.

I did the The Catch The Wave series ----> the summer of '99 when I returned to eastern Oregon after living in Oceanview, CA for three months. My house was empty, ransacked, doors wide open. Not even a fridge, a bed. I got the power turned on the next day but it took me two weeks to save up a deposit for the water. The Stockmen's bar across the street let me fill up jugs with water and I bathed in the Haines pond at night. It was summer! I wore my swim suit!! I used biodegradable soap!!!

(The Wave series ended up being a set of seven handmade books. Each book had either seven or nine poems depending on my mood. They were illustrated with oil pastels. The title, Please Catch the Next Wave and Ride Your Board to Shore came from the warning from the lifeguard to the surfers on the beach at Oceanside and seven of the poems reflect my time spent there.

In order to raise the funds to get the water turned back on required very fast thinking on my part. First I got a job at the Texaco up by the interstate. I kept that job for nine months from raging heat in August through below zero in February. I saw my flower nursery stock delivery driver at the truck stop and he said he was heading to Utah, but on the way back to the Skagit valley he'd drop off all the rejects at my place. For free! So fortunately I had the water back on by then, got the plants whipped into salable shape, turned the closed sign to open, left a big note, and re-opened on the honor system. Checks started magically appearing in my mailbox!

I also contacted my old music students and some came back, and then I put together my first writing workshop. Somehow four women heard about it and showed up. One woman had an entire memoir written and it was great! But mostly the women wanted to talk and ultimately not much writing was exchanged and no writing craft was presented. It was them who saw the poetry books I was making and two were sold for $54 in donations. Two I put at the local bookstore. One sold, the other was stolen. (Compliment y'all!)).

(What I did do as far as art while growing up was puppetry, doll making and embroidery. I started quilting. I learned crochet but not knitting until the 90s when I did a bunch of socks. I was fascinated by an older woman from my church who worked with Aunt Lydia's yarn, back when it was all cotton, and made the most gorgeous afghans. Her use of turquoise, red, pink, green and blue continues to influence the work with cloth I do now. Years later I found out that she too was Finnish so it makes sense.)

I like much of my work in hindsight. I'm rarely satisfied with it at the time, especially the commissioned paintings of children and dogs.

I don't know if my art is "good". What I do know is from all my years of teaching music and writing, everyone has amazing creativity and everyone puts out good work. In over three hundred students I've never had someone who wasn't good. What I also know is I've been selling these since 1998 and I've probably sold 180 or so. I've had collectors and followers and gallery owners who've been very supportive. A guitar painting hangs in the lobby at the Laurelhurst theater and another at a cafe on Halsey street. The Portland State University Guitar Festival featured my work on its cover; the director owns several of my paintings.

Currently I have no art for sale except some paintings in shops in Virginia, what I'm auctioning and merchandise. Part of my motivation to settle down is because the wood windows need space to be stored where they won't break, although I do have a fairly foolproof way of transporting them about. Once I'm settled I'll begin painting right away.

Summer, 2014
Surprisingly, I really loved the moon paintings even while I was doing them and I really really loved the animals though I failed to get good photos. The barnyard series on that page shows when I switched from color to black and white, something I was eager to continue working on. My plan is to return to painting more of that series when I get started again.

I've also posted a page of photos from my garden and barn while I lived in Virginia Beach. Despite the Navy jets constantly flying right above the rooftops, I transformed it into a lovely serene space. Always I've tried to leave a place prettier and calmer than when I arrived. 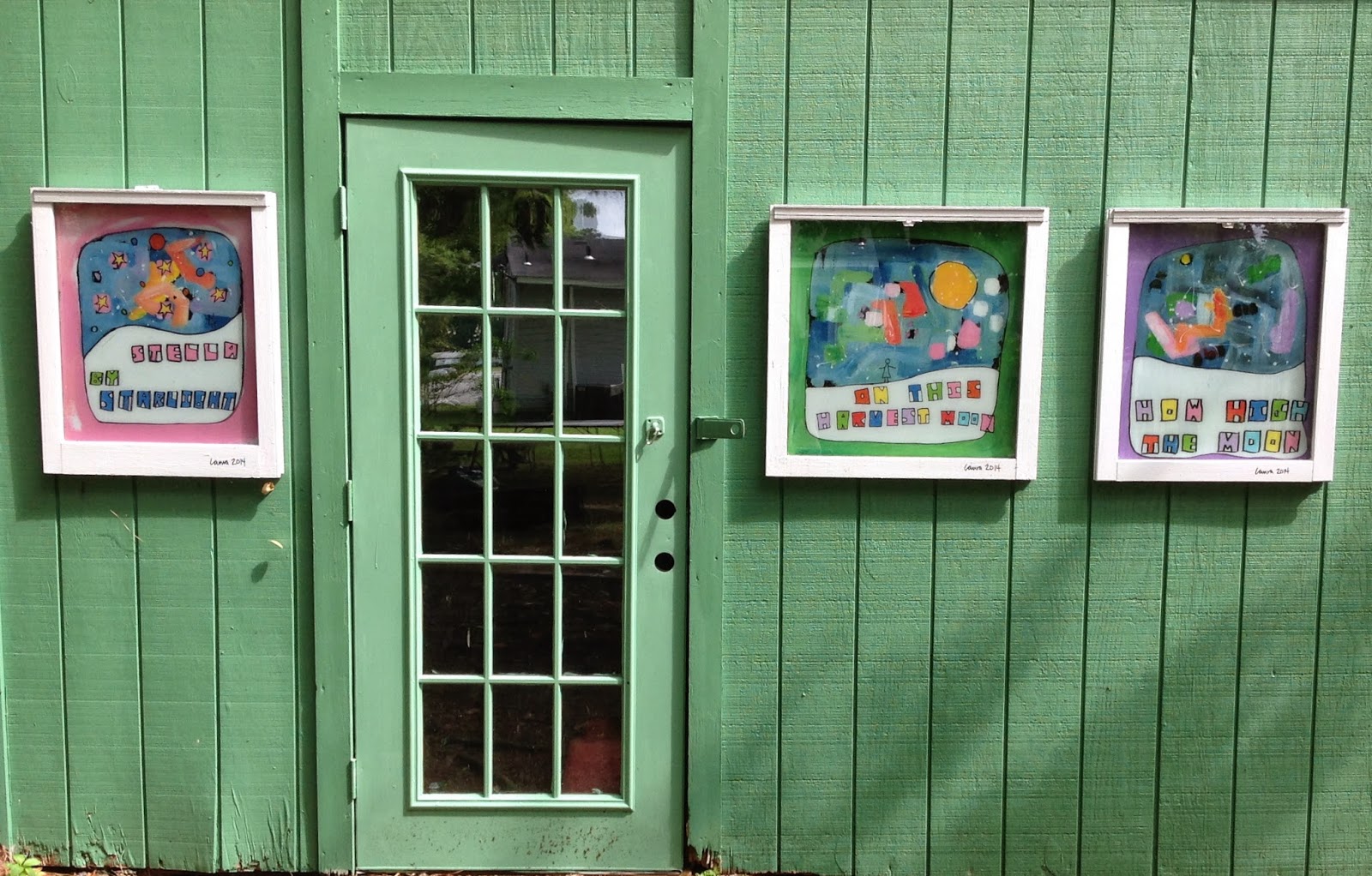 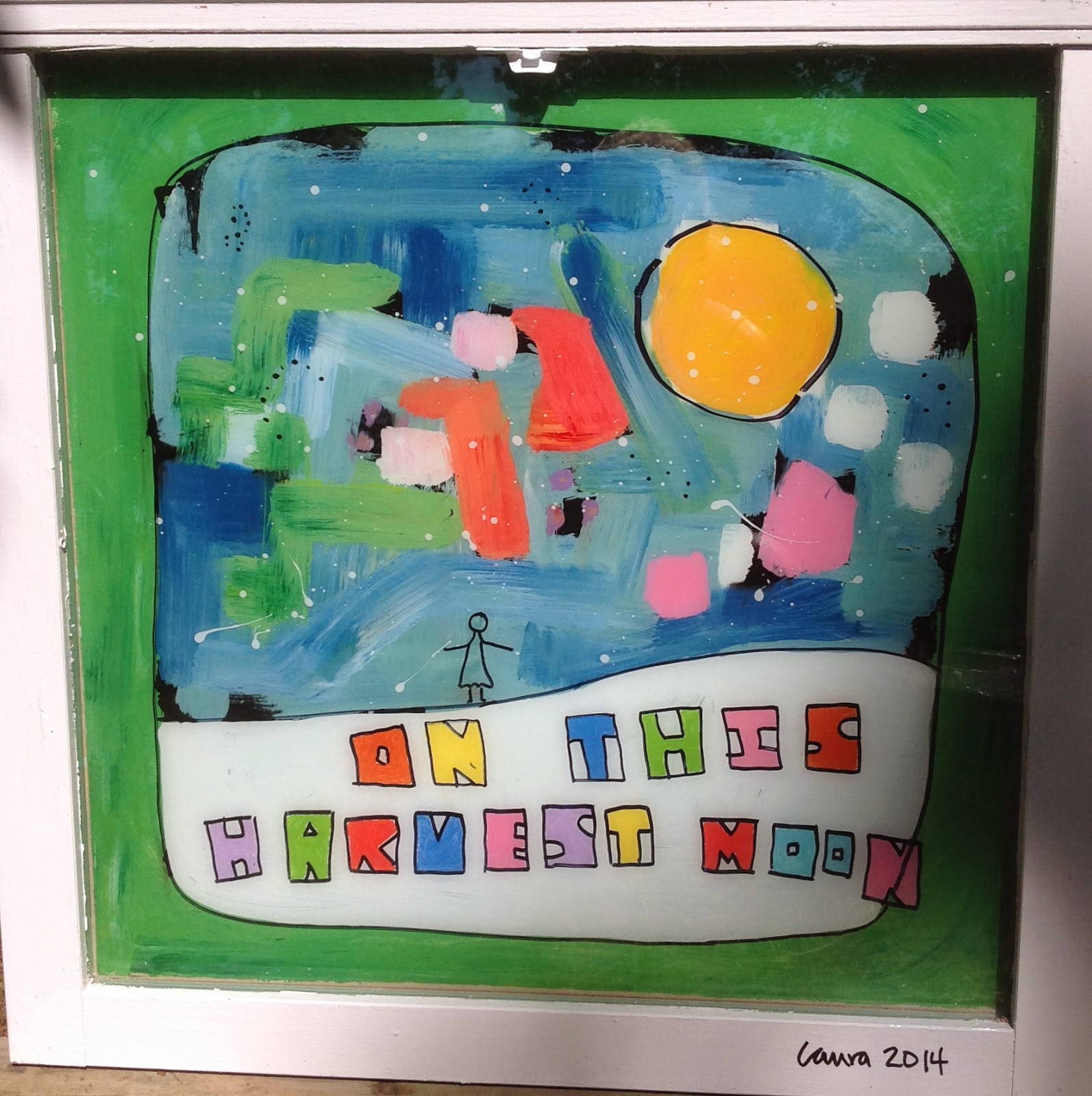 These oil pastels are based on the work of Amedeo Modigliani. When I finally finally finally made it to NYC in January of 2014 the first place I went was to see his paintings at the Met. I'd done these oil pastels on brown shopping bags a couple of years before. At the time, I was spending a great deal of time reflecting on a couple of professors who'd made such a huge impact on me. Both authors, I think I was inspired by that to make these into book covers.

For some reason, what I saw in the faces of Modigliani's portraits was the faces of various characters I love from stories by authors I adore. Thus, my appropriations of Styron's Stingo, Maughm's Sophie, one of Rhys' "white women" and always, Sophie Scholl. Most of all, though, Ralph Salisbury, Cherokee Storyteller.

Prints and various merchandise, available at my shops. Information for ordering originals can be found here.

Dogs and some cats, gouache on brown paper sacks. These originals are available here. 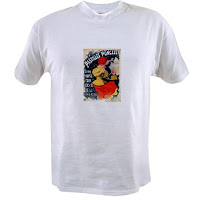 Nine dogs and a cat ... Jackson is just one of the illustrations I've chosen to have printed on T-shirts, totes, mugs, posters and more. Click here to meet the rest of the crew and to visit my CafePress shops where you'll find a delightful assortment of merchandise.

Legend has it that Jackson's ancestors came west over the Oregon Trail.  Whether or not that's true, he is the seventh generation Border Collie born on the B-Bar Ranch.  Jackson is up long before dawn and doesn't stop working until his owner calls it a day.  His skills as a cattle dog are known far and wide.

All of the amazingly gorgeous artwork below is in the public domain at the Library of Congress. Out of the tens of thousands of images available I've chosen some with brilliant color and design. Please visit the links to the right for information about ordering merchandise.

Thank you for stopping by. 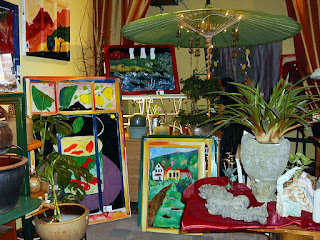